These farmers were not waiting for anyone – they confront the drought together!

According to forecasts, the impact of climate change in Hungary will be above average, with the prospect of increasingly drier and unpredictable water. However, the complex project of the Dongér-Kelőér Water Association of Jászszentlászló for the retention of groundwater was not triggered by the forecasts, but by the overall concern: the water shortage in Homokhátság is huge.

“Thanks to the periodic procedures with concrete closing elements that have been renovated over the years, nowadays less precipitation is carried by the Dong-éri main canal, thus on about 2500 hectares between the Danube and the Tisza river, the groundwater level is rising resulting in better cultivation conditions.” – said Csaba Toldi, president of the association. 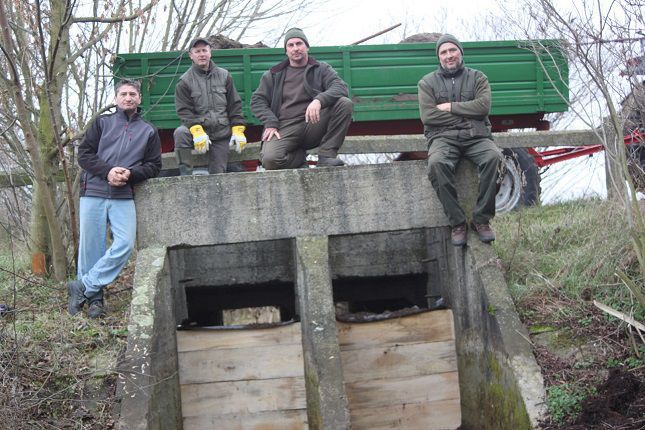 Farmers came together to stop the rainwater from draining away – Picture: Csaba Toldi

Farmers working in three settlements (Jászszentlászló, Móricgát, Szank) came together in order to stop the desertification process by reducing the drainage and soil drying effect of the Dong-éri main canal. The length of the canal connecting Kiskunhalas to Baks is 84 km, and its catchment area is more than 2000 km2. The length of the side-channel network is more than 100 km for the area of these three municipalities alone.

The rainwater leaves the area very quickly, as the level difference of the main canal is large, only 13 meters in the area of Jászszentlászló. For comparison: on the section of the Tisza between Szolnok and Szeged, the fall is only 5 meters.

The main canal drains the falling rain from the area in an extremely short time, the soil cannot get wet enough, so it is almost impossible to maintain agriculture. According to the agreement reached with the competent water directorate, periodic prevention of water entering the main sewer can be used to address the problem. 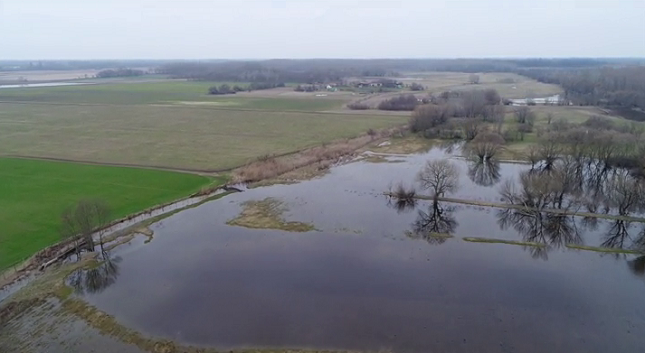 Well-controlled, temporary shut-off from the air: the meadow is flooded on the right, but there is no surface water on the fields of the left. – Picture: Csaba Toldi

The phenomenon is not only obvious to farmers

According to some hunting reports, dead wild animals have been found in the area where no trace of disease or injury has been detected probably due to the growth of areas that are now drying up (but were originally permanently wet).

It is also a telling phenomenon that in this area, from the wells once drilled to a depth of 17-22 m, the pumps now mostly draw in air, irrigation has become impossible, so new and deeper wells need to be drilled. The condition of the dug wells is even worse: a total of 72 of them are used to monitor the groundwater level, but only 5-6 have water left, the rest have dried up. 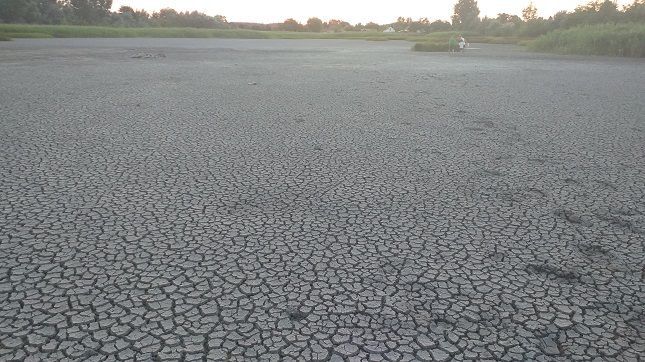 Due to drains, only 4 of the 24 reservoirs in the area have water. – Picture: Csaba Toldi

During the development of the water retention system, they considered the individual features: the concrete closures built on each of the smaller canals were built before the change of regime, with the purpose of controlling the amount of precipitation flowing out of the area. However, these elements were mostly ruined by time and there was no financial framework for renovation.

As a result of the collaboration of farmers in the area, the cost of renovating concrete closures from their own resources began a few years ago. Later, an association was founded, and then they received support from the National Cooperation Fund twice for the purchase of assets worth more than 4 million HUF.

WWF Hungary then noticed the activities of the association and contributed 15 million HUF to the continuation of investments and the renovation of 25 intervention points (artifacts).

This water retention activity serves as a much simpler and cheaper alternative to irrigation in this part of the country. In areas where there is excess rainfall, periodic sealing is carried out, thus reducing leakage and allowing time for the soil to be properly moistened. 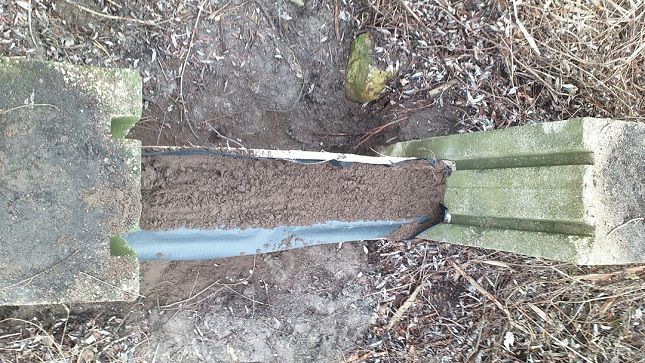 Advantages and results of the procedure:

There is a great interest

There is a huge interest in efforts to fight against drought, with more than forty presentations being held across the country over the past year, with the Ministry of Agriculture and the Ministry of Innovation and Technology also presenting the project.

The association is currently working to obtain accurate data on the extent of the leak: groundwater level measuring wells are installed every 50 meters, based on the data gained from them, calculations are made to show what extent a flood created by a seal can increase the groundwater level.

Csaba Toldi also said that the pilot project in Jászszentlászló was included in the curriculum at the University of Szeged and Szent István University in Gödöllő. Several undergraduates will work in the sample area for eleven weeks, studying and recording the data. Several theses are based on the work there.

According to the president of the association, it is encouraging that young people are also interested in the topic, which is a guarantee that there will be a continuation of the work that has just begun. The reassuring solution to the problem of water retention is at least as long a process as drainage was. This can take up to fifty years.