The second two days of the II. Climate Adaptation Training

In the frame of the LIFE-MICACC project, the next training event took place on 29- 30th November 2018 in Kecskemét. The second part of the four-days training was held to the external cooperating partner municipalities who presented their vulnerability assessments and adaptation ideas. The representatives of the participant municipalities also had the opportunity to consult with the invited experts in different fields.

The structure of the training program was similar to the prior second two days of the I. Climate Adaptation training session organised for the five project partner municipalities. Because of the higher number of participants, the world café method was used for the consultation with different experts. Within this framework, the representatives of the municipalities were formed into groups of four members and shared their experiences with the different experts. The participants received direct feedback on their vulnerability assessments and also professional suggestions. The theme of the four tables was the followings: Health and Meteorology, Agriculture and Water Management, Rainwater Management, and Settlement Planning. In addition to the opportunity of the consultation with the experts, the representatives of the municipalities could also change their experiences and share their opinion in the subject. This method and the four topic areas were continued in the afternoon, when the participants shared their settlement-level adaptation ideas, which were based on their own vulnerability assessments.

At the beginning of the second day, the good practices and experiences of the Czech and English study trips were shared by the mayor of the two participating municipalities, Katalin Kádár dr. Darvainé dr. (Mayor of Novaj) and József Hideg (Mayor of Tésenfa). During the study trips, the representatives of the Hungarian municipalities gained insight into the hosts activities related to the natural water retention in their settlements, also the role of the local government in this activities and the involvement of the stakeholders.

In the rest of the day, the attended municipal colleagues presented their proposed development and investment ideas for climate change adaptation according to the following aspects: location, problem and its resolution, expected benefits, expected difficulties of implementation, and cost claims. The staff of the project gathered the presented ideas and concepts because five of them will be selected and feasibility studies will be prepared from the five chosen municipalities’ concepts in the frame of the LIFE-MICACC project. The purpose is to encourage the replication of the implemented prototypes of the natural water retention solutions

As the end of the training, the water management expert, talked about the possibilities of adaptation at catchment-level, highlighting the need for opportunities for community engagement between municipalities and local stakeholders. 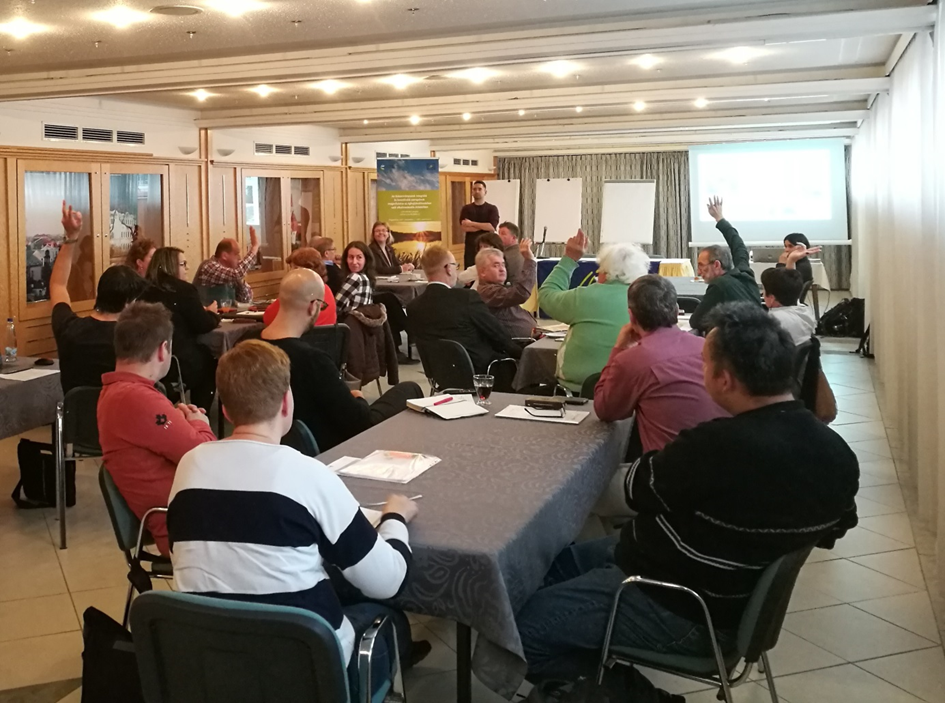