The LIFE-MICACC’s team traveled to England

Between 25th and 28th September 2018, the LIFE-MICACC team traveled to the United Kingdom (to the villages of Belford and Pickering) as their second and third study trip. 16 municipalities from Hungary were represented on the trip.

Despite the early autumn, the Northern England weather was pleasant. The sun was shining brilliantly, which gave the team the opportunity to spend a longer time on the field, familiarizing in person with different objects of flood security. The approach of these inventions would have been quite a challenge in case of severe rain and deep mud. The Wooler Hotel was only a 20-minute bus ride to Belford, where the professional program began on 26th early morning. Wooler is a classic Northern England village with spacious pastures, alleys, sheep, and cows, this small village is located just a few kilometers from the North Sea coast. The land use typical of Northumberland County has a negative impact on water retention, so the large stream of rainwater coming across the settlement, the Belford Burn basin, often fell down in the form of periodic watercourses on the sloping hillside. The flood brought a large amount of sediment and fertilizer to the stream, thus worsening its ecological status.

Alex Nicholson, Arup Design Office’s hydrologist, and Natural Flood Management (NFM) expert called our attention to a recently released and quite popular video about the wolves in Yellowstone Park, and the impact their settlement made in the park’s ecosystem. One of the main characteristics of NFM is that they ”let nature take care of itself”. It means that they let the natural processes with a positive effect happen and even encourage it. In other words, they choose natural and environmental-friendly solutions, which are available locally and the burden on the environment is minimal.

Between 1997 and 2007, the brook flooded several times, endangering circa 30 buildings. Preventing the local catastrophe by building traditional flood security objects would not have been beneficial: the municipality is small, and regarding different analyses, the cost was too high – They needed another solution.

Flash-floods are endangering the low-lying and populated areas of the settlement, to secure the area they try to cut down on the amount of arriving water. To achieve this they have to slow down the flow, decreasing the flood peak. Just outside Belford, they planted temporary, shallow natural storages, connected to the stream with a water channel. Dams made of wood control the amount of water traveling through the water channel and finally arriving at the water storage. To control the fast flow of the stream, they planted small dams to redirect the water from the watercourse. Another typical solution is a simple, open-based dam made out of planks, which let a certain amount of water flow through, but caches floods and large scale silt.

After listening to presentations and walking through the sites we could take a short walk on the beach, which is guarded by England’s biggest fortress, Bamburgh.

The next day our group headed south to Pickering, where they have to keep the runoff of the Beck stream under 15 cubic meters/second, to ensure its peaceful flow through the settlement.

The Beck stream’s catchment area is situated on a nature reserve, in the deep of the national park. Here, they imitated the natural phenomenon of falling tree-trunks and branches which were transported by the stream to a location and got stuck. The results of GIS modeling helped to find the convenient points, where were necessary to cut out some trees and build natural dams by putting trunks on top of each other at right angles. To support the trunks they use the branches, which were cut off beforehand. The aim is still the same: diverting and slowing water – to avoid the cascade effect, these dams can’t be too close to one another.

Another version of the same solution is closing down the watercourse with a wooden dam “wall-to-wall”, creating a natural barrage catching plenty amount of water.

A good example of working together with Mother Nature is that after a long time of preparing, they are going to deploy a beaver family as an experiment at the upper watershed in a regulated environment, with an aim of monitoring the beavers’ effect on the water flow.

The beavers are building and maintaining dams that can affect the extent of flood risk. They plan to keep the beavers in the selected area during the research with an underwater cage and fence extended to go underground.

These water retention measures can also be adapted to Hungarian settlements because the environment is very similar. The forestry and hydrologist experts will able to give advice later to the members of the Hungarian delegation during the whole process of planning or implementation. After ten years of trying, now the NFM solutions are part of the state budget in England, which is still only a future possibility in Hungary.

After a short walk in York, the next day our group returned to Hungary with a wealth of experience and with a stronger team spirit, which will provide a good basis for the use of new knowledge at home. 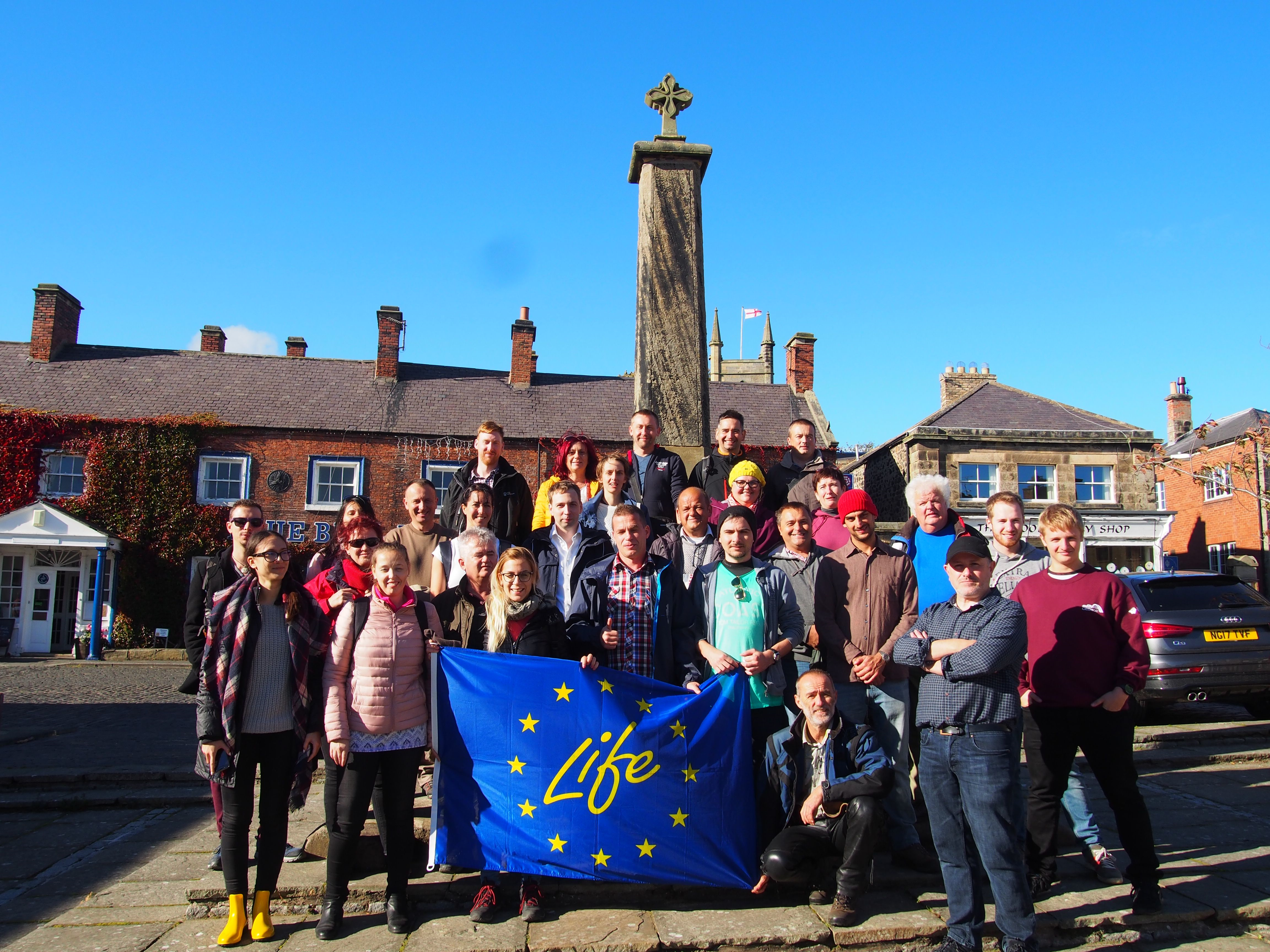 Visit our Gallery to see more photos of our study trip: https://vizmegtartomegoldasok.bm.hu/hu/galeria/kepek/8

Take a look at the following video, if you want to know more about the natural solutions in Pickering: https://www.facebook.com/wwfhungary/videos/361581874663467/ (Source: WWF Hungary Facebook page)