The construction works have begun on Bátya

Bátya is a perfect prototype for local communities, showing how multi –basin wetlands can be used to deal with various water-related climatic events (in this case, drought and extreme rainfall). In recent years, the settlement has been characterized by low annual rainfall, which  is coupled with strong evaporation due to the location and nature of the area. The amount of the latter significantly exceeds the annual amount of precipitation, thus causing a severe drought. During summer months it had happened several times that no rain had fallen for weeks. 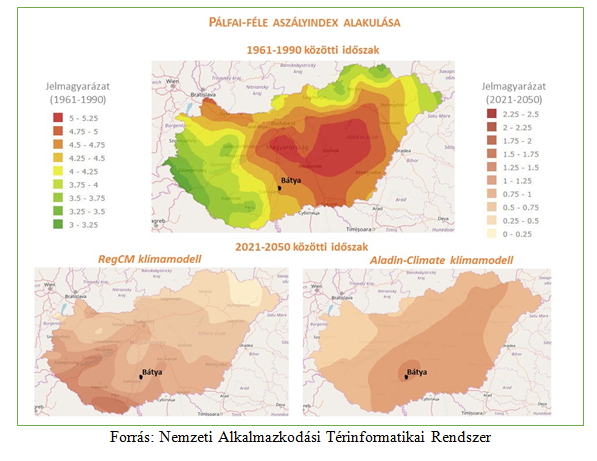 The other highlighted problem is the sudden downpour of the already mentioned little precipitation, which sometimes reaches the settlement in the form of hail. This occasional large amount of precipitation cannot be absorbed by the municipality’s sewers, so it often floods the cellars and obstructs traffic on the streets. In parallel with the LIFE-MICACC project, the municipality tries to address this complex problem with development obtained within the framework of the Territorial and Settlement Development Operational Programme. As a result, the amount of rainwater entering the sewer system will go to the LIFE-MICACC project’s water reservoir, thus partially ensuring its water supply.

Thanks to the two-basin design of the reservoir lake, one basin will always have open water surface access, while the other provides variable habitat. This not only increases the amount of local water resources, but also helps to reduce inequalities between periods of water scarcity and water abundance. This type of water retention solution has never been tested in Hungary.

We can find cubic pits on the outskirts of almost every settlement, from which the extracted material was used by the local community to build houses, public buildings and dams. However, these have been neglected over the years. On the outskirts of Bátya there are two cubic pits. In the area of the chosen cubic pit, the construction of the reservoir lake and the artefacts ensuring the water replenishment and water distribution between the basins have already been completed. The shore of the irregular, multi-basin lake was created with dredging and sloping design.

In March 2020, the Municipality organized a tree planting in the immediate vicinity of the lake, as a part of a greening process. Nearly 700 seedling were planted in the area by locals (primary school students, kindergarteners, municipal staff and members of the Civil Guard) with the help of the LIFE-MICACC project partners. Nothing shows the supportive attitude of the village population more than the active participation in the event, regardless of age. It was an excellent opportunity to shape attitudes, to forge community. We hope that, as a result of the joint “work”, the inhabitants of Bátya will often visit the area for leisure and will continue to bring life to the area around the lake and the circling park.

With the start of spring, the landscape began to turn more and more beautiful, and the animals also began to take possession of the lake and the green area around it. Thanks to the multi-level basin system, a shallower habitat has also been created, which is already favoured by ducks and frogs.

Photos of the lake

The placement of the recreational equipment, wooden furniture and the completion of the landscaping works in the park around the lake are still to be completed. The construction of a pipeline for possible water replenishment between the reservoir lake and the Vajas-canal is also currently under construction. These works are planned to be implemented by the municipality by June 30. 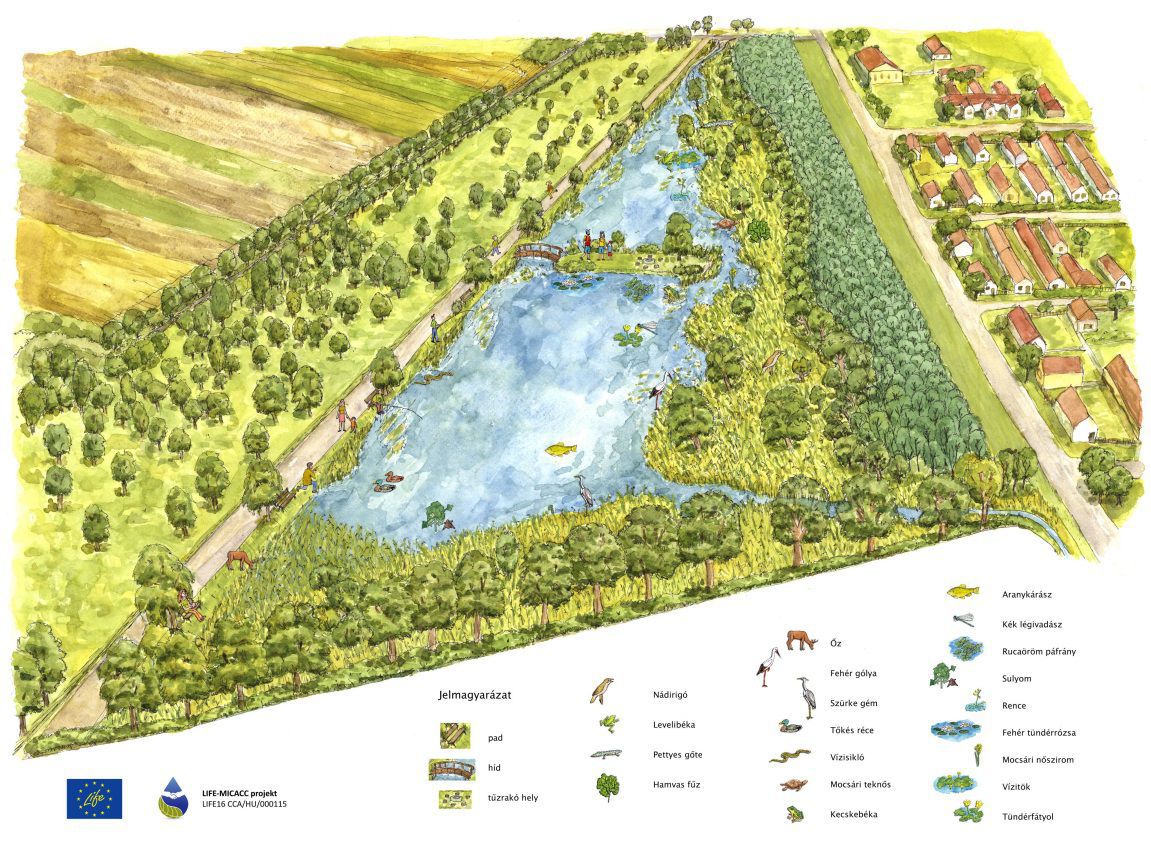