On July 11, 2019, we visited Püspökszilágy together with the General Directorate of Water Management (GDWM), the World Wide Fund for Nature Hungary Foundation (WWF) and the Ministry of Interior (MoI). The field visit was also attended by three  foreign scholars (from Pakistan, Kenya and Tunisia), students of the Faculty of Water Sciences, National University of Public Service, who currently spend  an internship at the GDWM. 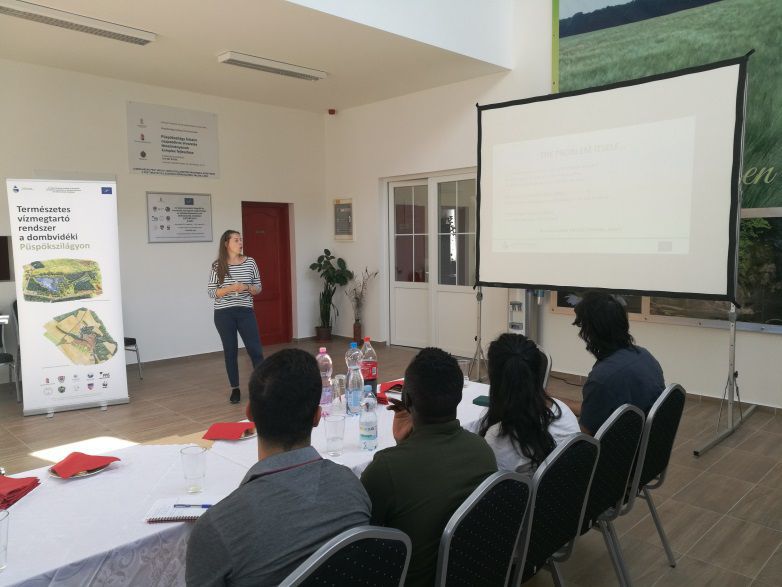 Before looking at the already implemented artefacts under the LIFE-MICACC project in the settlement, we had three short presentations. Sándor Tordai, the mayor of the settlement, told us about the peculiar geographical situation and history of Püspökszilágy, Zsuzsanna Hercig, colleague of the MoI, presented the LIFE-MICACC project in her presentation, while Zoltán Budai, climate change adaptation (CCA) referent, described the project’s planned solutions and Püspökszilágy’s problems to the participants. 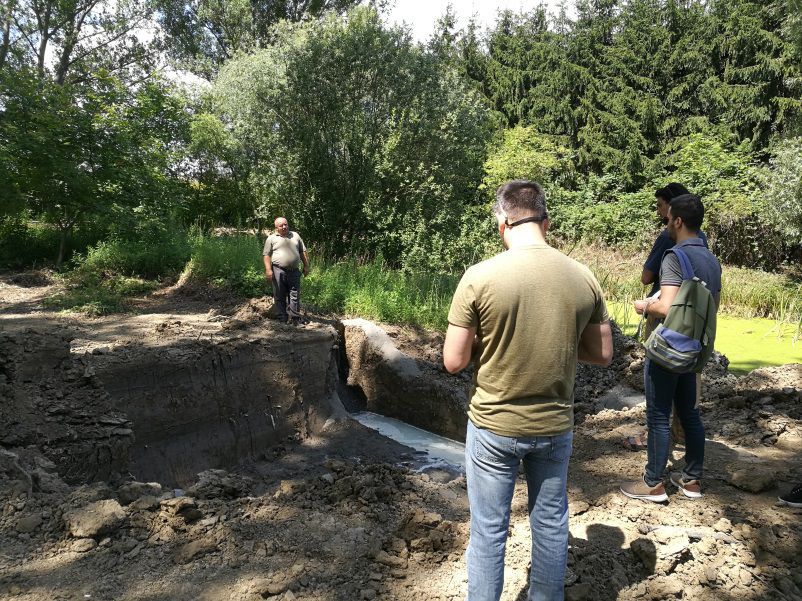 Given that Püspökszilágy is a hill country settlement, the biggest problem is the flashfloods. The last one happened to them only a few weeks ago. This is the main challenge they want to solve with natural water retention measures and sediment trapping tools that will be developed during the LIFE-MICACC project. In the words of the Mayor, “the main purpose of the project is climate protection, with water retention as its main point, and its extra benefit is solving the issue of flashfloods.”

To illustrate the problem of runoffs, we looked at the farmlands – a long time ago covered with forest – on the upper border of the village.  Here the passages caused by the streams were clearly visible on the sunflower field. Unfortunately, planting trees is not possible due to ownership issues, so another natural water retention measure is needed. After that we visited the wooden dam already built on the Szilágyi stream, which proved to be effective even during the recent heavy rainfall, it took up a large part of the water flow and the sediment. Including that one ten wooden dam will be constructed on the stream’s anabranch. Not far from this dam, a sludge catchment basin will be constructed, which will also reduce the amount of sediment that flash floods bring to the settlement. At the other end of the settlement, a reservoir lake is being created, which is a unique technical solution in Hungary. Although the runoff of the Szilágyi stream will increase in case of flash floods, a regulating sluice will allow the excess water to be discharged into the lake.  The lake has a slightly sloping bed, which keeps the water moving. In order to preserve the integrity of the biosphere, the marsh sow thistles and the white water lilies have been relocated from the reservoir area and the creation of the catchment area has been scheduled to follow the migration of the frogs and the nesting of the birds. 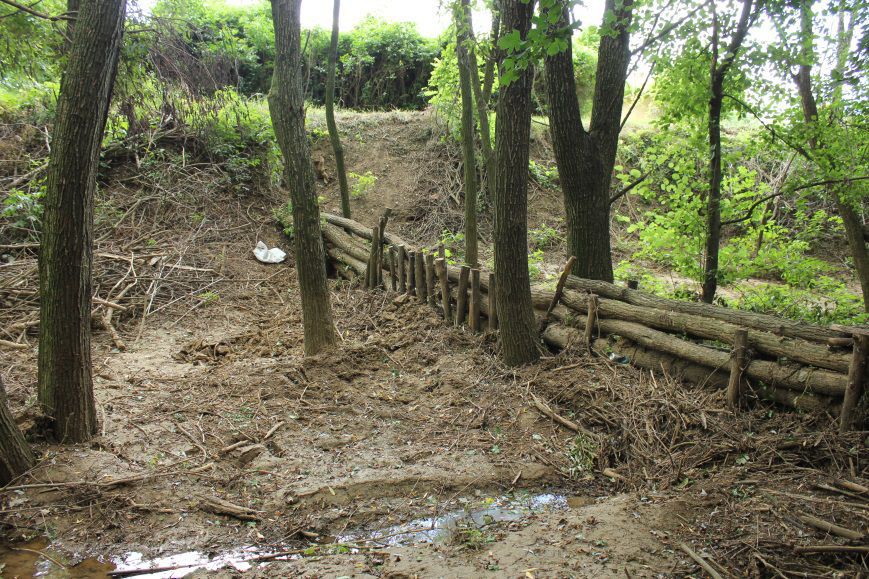 In the Szilágyi stream, a total of fifteen artefacts are planned in the outskirts of the settlement from the source to the water passage after the side reservoir. These include the renovation of a Hungarian solution to the problem, dating back over a hundred year ago. Five natural stone sludge traps, were found on the main branch of the stream during the construction works and their renovation is also part of the project.

The settlement also places great emphasis on the integration of solutions and technical elements used in climate and water protection projects that have become known during foreign study trips. A glorious example of this is the installation of a log cassette, natural stone-filled pillars against erosion and smudging. Natural dams are permeable to water, and the logging structure of the stone-based sluices provides protection against sediment and silt.

After the field visit, the Mayor provided an opportunity for all participants to ask questions about what they had seen.